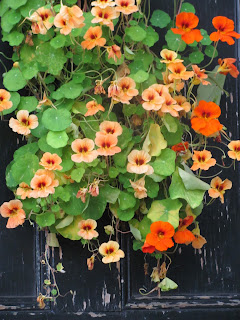 Postscript:
Two weeks ago I found myself quietly perched on a broadcast legend’s stairs, tucked away, as the tape rolled. Surrounded by pops of color on the walls, in a breathtaking sun drenched room with gardens visible in the distance through a large picture window.
As the interviewer made detailed inquires about each stage of a legend’s life, Anne Garrels responded with unabashed honesty. Insecurities, frustrations, sacrifices--she shared them all.
Twenty years ago, I had headed out into the world hoping to be the next Jane Pauley. But after graduating as a communications major, the reporter’s life wasn’t tugging at my soul strings. I went in another direction, related, but different.
Now here I was in the rolling hills of Connecticut on a random video assignment for the Connecticut Women’s Hall of Fame. Twenty years, two kids, many jobs, moves and dreams later.
But how did I get here? Sitting in Anne Garrels’ living room on a beautiful summer day? I mused.
And then I remembered. As Will and I were leaving the Thankful Arnold House, now three years ago, I’d asked for a brochure. On the bottom of that brochure a logo read: Connecticut Women’s Heritage Trail.
It intrigued me. I loved the idea that an organization was paying tribute to the role of woman, past and present. So I reached out, contacted the Executive Director. We’ve collaborated ever since.
It’s hard to know what you’re looking for, when the goal is to get lost.
But when you find it, you know.
Happy Wandering.
Posted by Holly Howley at 10:02 AM