Summer. In the Garden. 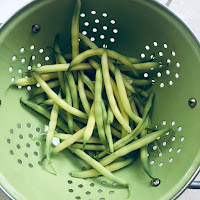 This year’s stars? The beets and wax beans. I’ve always had a thing for wax beans—the ones in the can. Salty, soft vegetable candy—that’s how I saw them as a kid.

As an adult, in the garden, they are crisp and earthy, a touch sweeter than their cousin, the green bean. They barely made it into the house this summer for proper cooking. I mostly munched what I picked as I pulled weeds.

The beets were more than fulfilling but I didn’t plant enough. They’re literal, beets. They produce exactly the number that you plant. I have always loved the taste of these ruby gems but feared the cooking, wondering if they were worth all the mess?

After sampling preparations, I found my stride. Peeled just like a potato, cut into bit size chunks, roasted then drizzled with a little honey, and served on salads with feta cheese or as a colorful weekday side. Yum! Yum! Yum! I no longer fear the almighty beet. 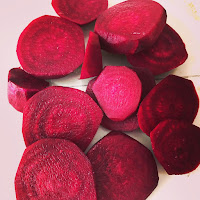 Which leads me to the usual MVPs.

Squash, you are my go-to, eat up space, feel good crop. So what the heck happened this year? You took over, as you always do, decisively invading but wow did you underperform. You were all flower and no fruit. I assume it was weather related. Maybe high heat followed by monsoon rains aren’t your optimal growing conditions? I could research reasons on your lackluster results in articles titled, “When Squash Don’t Produce.” But I’m choosing to acknowledge something more existential going on here. You’re sending me a message, aren’t you, Squash?

It’s time to stop fearing that extra space in the back of the garden and plant crops that I love. I don’t really crave you. I end up giving most of you away to neighbors and co-workers who have a noticeable squash hangover by August 1st.

Dear Squash:  You’ve served your purpose over the last nine years. Thank you but I won’t be needing you next year. 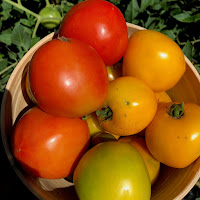 Finally, there’s the all-star tomatoes unfurling in waves of color well into fall. I planted many varieties this year—yellow, heirloom, purple cherry, beefsteak. Their pompoms of color have only just begun to pepper surrounding green in a veggie fireworks display.

Tomatoes are the dessert of the garden, unapologetic in their balance of sweet and demanding. Pulling the gardener back from new season preoccupations. To summer, in the garden.