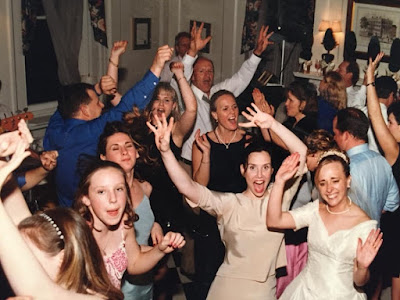 I’ve always preferred even years. I ever-so-slightly exhale when an odd one passes, and evenness is once again ushered in. Maybe it’s because I’ve had many happy milestones in even years? Or maybe it’s my gravitational pull toward symmetry.

But 2020 blew my previously held belief to smithereens. It’s going to be a while before the grudge lifts, and I crave a perfectly round number.

This time last year (as though I need to paint the picture) we were barely leaving our house except to engage in toilet paper scavenger hunts. It was a very unsettling, strange time and so when my husband announced that he was “taking a half day” on our anniversary, my reply was not one of a new bride.

May 6, 2020 was our 20th wedding anniversary. We were married in one of those even years that I’d previously loved so much.

With worry lurking on every doorknob, we hadn’t so much as ordered takeout since the world shut down. What exactly did he propose we do to celebrate two decades?

Luckily there are times when history outpaces youth. When decades of happy moments and monumental misses merge to form a perfectly clear view. (As regular readers of this blog know I have trouble feigning grace when days like say Mother’s Day  aren’t given their due. )

Perhaps the greatest gift of all time? He knew before I did what we were going to do.

We packed a picnic and made our way to a slice of green by the water in a town that we hadn’t visited since the kids were little. He and I laughed at how silly we must have looked, day-sipping in a park on a Wednesday in the middle of the apocalypse. But there we stayed, reminiscing until our bladders announced that it was time to go home.

The weather was overcast and the food scrappy, but the company was made of the stuff of 20 years. 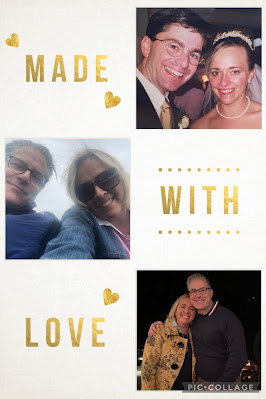 Fast forward (Who am I kidding? It was slow motion!) and it’s one year later. Vaccinations are complete and the slightest bit of hope is on the horizon. We’re not yet inside restaurant eaters, but we happily enjoy a patio evening out now and then.

So here we are looking at the weather forecast, mulling where to make our anniversary plans.

And my mind keeps wandering… to that little patch of grass overlooking the Connecticut River. A true bright spot in an otherwise not-so-even year. A memory that I'll re-live over and over, with any luck for the next 20 years.