A Year in TV 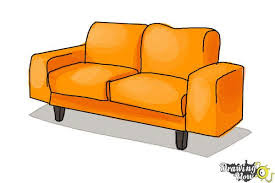 When the pandemic started now over a year ago, I, like most people wasn’t sure how to feel about what was happening.
Lucky. I settled on that emotion first. More time with my loved ones. Time to cook lingering meals and have real conversation now that all of the external bustle was temporarily gone.
Lucky lasted a while. Then, right around the time lucky was morphing into disbelief, a friend made a dramatic plea on Facebook that Mad Men was leaving Netflix soon.
Who cares? I thought. But, just to be safe, I hit the glorious dun, dun button on the remote control and sank into the 1960s misogyny, glamour, and smoke-filled rooms. It took me a few episodes but soon I was in, deep. I stopped watching the endless loop of horrific news and was happily lost in the self-deprecating cast of horribles and heroines. I’d never watched TV during the day before. But before long my daytime consumption started to rival Don Draper’s day-drinking. It felt wrong and simultaneously right, and in moments a huge waste of time but mostly great. I made it through the many seasons before Netflix snapped my Mad Men away.
“Really, Holly, you have to try it again!” friend after friend told me. With Mad Men in the rearview mirror and the pandemic ramping up, I did try Schitts Creek, again. The second time around, I once again found the first episode self-indulgent and almost impossible to watch. Why does anyone care about these people?
By episode three or four, I got that that was the whole point and began caring about each and every character. (Maybe a little too much?) I started to rope family members into watching with me as I cooked dinner or over coffee (oh, the shame) and soon we were having “who’s your favorite character?” contests while drawing straws for who would don the hazmat suit and go to the grocery store.
When I reached the final season of Schitts Creek, my viewing drastically slowed. I didn’t want it to be over. But, alas it was. Almost as quickly as it began.
It was also around this time, that my “TV life” was starting to take its toll on my marriage. Okay, that’s an overstatement but makes a good transition, right?
The truth is for both Mad Men and Schitts Creek, my husband watched once in a while but he’d yet to get sucked in with the intensity that by this point had hit me like a tidal wave. I craved a partner in obsession, so I started asking around: “What are you guys watching? As a couple?”
I received a wide array of answers in my unofficial TV poll, but ultimately settled on a series of British mysteries that would unknowingly mark a definitive shift in our TV viewing.
I’ll call this next phase: The Howleys Leave America
Since all actual trips had been unceremoniously cancelled (we’d been so hopeful back in spring!) our first stop was England via Broadchurch. It was the first series that Rob made me promise not to watch without him. The plot was hardly break-neck, but the characters were comfort embodied. We needed to know: what would happen next?
Then, came The Stranger, followed by Doctor Foster (so weird) until finally it was time to leave England for Australia and Safe Harbor, then to Ireland and Behind Her Eyes.
All was happy in TV land until fate intervened. As in normal life, pandemic watching can reap havoc on the most solid of TV watching relationships.
Enter Derry Girls.
What was it that made my 100% Irish (although he’ll tell you he’s half Canadian) partner look away? The wry wit, the sacrilegious undertones, the flagrant generalizations of how the Irish process life? I’ll never know, because I went on, without him.
Watched all of three seasons (they’re short) alone first, then sucked the kids in not mentioning that I’d seen them before, and on a recent sister visit watched a good chunk of the episodes again with her. Because Derry Girls is that fecking awesome.
So, there you have it. I am sure I missed a few indulgences. But let’s face it Monday is Thursday is what month is it, anyway? Such as life, TV goes.
I don’t have a new series in the queue, which I guess is okay, because it’s spring and hope is shining bright. Time to go outside. To once again re-convene in small groups, masked and six feet away, of course.
But…just in case outside isn’t as glorious as I remember…
What are you watching?
Posted by Holly Howley at 12:06 PM