My grandfather was a larger than life, complex figure. He was my champion. He would part the room in my presence, tell everyone that I was his granddaughter, buy me bottomless Shirley Temples and coax me into singing a song or two in random restaurants where he happened to know the guy leading the band.

Time with Grandpa was like a Frank Sinatra movie meets Little Miss Sunshine.

There was one tradition that happened every (and I mean EVERY) year with my grandfather that confused me to no end.

On major holidays, and especially his birthday, there was inevitably a moment when he would raise his large Grandpa voice and proclaim:

“That’s it! Now you’ve done it. You’ve ruined my birthday!”

As the oldest grandchild and usually the only child in the room, he never directed his ire at me. He saved his discontent for the more seasoned children and spouse in the room who rarely raised an eyebrow when his rant came.

I remember thinking: Why is no one concerned that we’ve ruined Grandpa’s birthday?

Fast forward to…
A birthday in our household this year (person to remain nameless, wink, wink). We were at a restaurant of his choice after a long day of tennis that didn’t end as hoped. The birthday boy looked exhausted, like he was about ready to hop on a red-eye, when he leaned over to me and said, “Mom, no singing, right?”

I’d already asked the waiter to bring a dessert with candles. I hadn’t asked her to sing…so that didn’t count, right? And anyway, who doesn’t like a rousing rendition of Happy Birthday on the anniversary of their arrival on the planet?

Soon after, our waitress arrived with a gaggle of other waiters and robust song commenced. Heads turning, candle burning. Teenager smiling, the most awkward of smiles.

I leaned in after they left and said, “Sorry I ruined your birthday.”

He looked at me, annoyed. “You didn’t ruin my birthday.”

No, but the day hadn’t gone as expected and it happened to be his birthday.

I told him the story of Grandpa Gregg. A glimmer of recognition passed through his eyes.

“Yeah, you ruined my birthday,” he said, this time with a genuine smile.

Day before had been a marathon workday. I was running on adrenaline when I awoke later than usual on Sunday morning, ready for the onslaught of motherly gratitude.
House was quiet, teenagers still sleeping. A bright gift bag was perched on the kitchen table.

Not long after, thoughtful husband was heard in the kitchen clanking bowls. Teeing up the love, I asked, “What are you making?”

“Pancakes. Want some?” he said.

I don’t eat pancakes right now (on middle-aged eating plan) and he knew it.

A:
I very sweetly said, “No worries, I’ll make myself some eggs.” Because after all I have three men in my life who routinely show me how much they love me; and Mother’s Day is the definition of a Hallmark holiday; and there was a beautiful gift on the table. 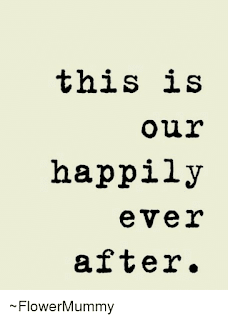 I rather robustly said something like, “Fine, go ahead and make yourself breakfast, it’s not like it’s Mother’s Day!” and then huffed off into the other room to watch Meet The Press (which wasn’t even on because of a soccer game.)

Yup, there was a full-fledged conspiracy involving European football and pancakes to ruin Mother’s Day.

I wish that before each holiday there was a questionnaire. A simple survey that read, “What do you need this year?”

‘Cause when my kids were little, them sleeping in and me watching TV by myself on the couch with a cup of coffee would have been the definition of heaven. But now, with time flying on by, I can picture a day when they’re not even upstairs and that scares the begeebers out of me.

And some years, like when you’re 8 and have a party at Bounce U, you’re more than okay with a group of friends singing to you. Then other years, you just want to eat a hamburger and for everyone to leave you alone.
I hope that when I’m gone, my kids and their kids will sit around and tell stories involving my sage wisdom and undying love. More than likely they’ll have some other memories to haul out too. Ones that involve holidays and trips to Staples and throwing a shoe.

I get it now, Grandpa.

I’m already working on how to ruin Father’s Day.
Posted by Holly Howley at 5:20 AM