Candles on the Cake

In my twenties, I had a birthday eve tradition.

Late night before the strike of father time, I would sit, pen in hand, and write. Poems, short stories, essays—my musings were passionate odes to who I was and who I wanted to be.

I would jam as much creativity and curiosity and artistic pursuit as was humanly possible into one coveted evening in an attempt to capture the value of my passing time.

It seems strange to me now, this tradition. Especially given the stage of life I was in. I was single with no kids or responsibilities outside of my day job which was, incidentally, to write television commercials. All day, every day I was surrounded by artistic souls in various stages of their own creative pursuits (you know who you are Comcastaways!)

Still, writing for myself, seemed indulgent, frivolous, scary. So, it was a gift I granted myself, once a year, near my special day. 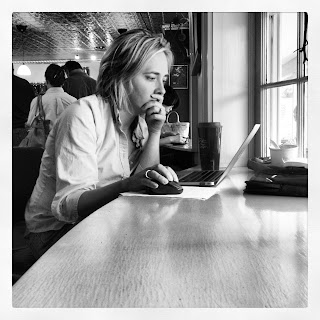 More than a few years later, after my son John was born, I finally recognized the need for a change when instead of reading a magazine or putting a dent in the mountain of laundry during his nap times, I found myself obsessively reviewing e-mails. New e-mails, old e-mails. The content didn’t matter. Written communication was oddly comforting—even when the topic was mundane. I chalked it up to being a new mother. Clearly, I was missing work and adult conversation.

Until, finally, one day it hit me, what I was truly craving. Syllables strung together cemented by the power of punctuation. Words! My own.

I had something to say! But, what exactly?

I am still working on the answer to that question.

The difference is now writing is a gift I give myself most days—a  pursuit that puts me closer to making sense of all the seconds, minutes, days, weeks and years. A way not only to pay respect to the passing of time (Is that manuscript ready? Please dear God, I hope so!) but a calling that makes me a better me—all year long.

It’s like I tell the boys (insert teenage eye roll here) the definition of happiness is simple: Doing what you love with people you love.

The hard part is having the courage to find out what that means for you…then giving yourself permission. That’s a process that takes determination and grit, and more than a few candles on the cake.