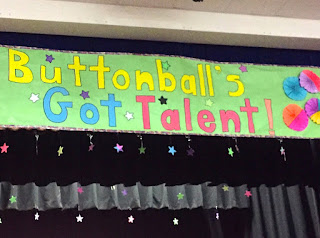 While waiting for the talent show at my son’s elementary school to begin, I was computing a basic Common Core math problem:

If the show starts at 6:30 pm and Will and twenty or so of his classmates perform for a minimum of two minutes and a maximum of four (which may actually be more like six), what time will Will’s mother likely be home, on the couch, enjoying her glass of wine?

But before I could “show my work,” the entertainment began.

Here is a sampling of what followed:
An original composition about Friendship;
A patriotic student dressed in red, white and blue reciting our nation’s Presidents in order;
A comedy set complete with ba-dum-tshh! after each joke;
A rollerblading routine;
A musical comedy featuring string instruments;
Interpretive gymnastics;
Singing (lots of soul-filled singing!);
A violinist who played the Star Wars theme song while circling the stage on his Ripstick;
And, a blindfolded pianist performing The Entertainer (he was mine).

The evening was AMAZING.

The best part? Talent is not what made the show a smashing success (or this mom forget the date with her couch.)

To be clear, there was no shortage of budding greatness.

But, in a world where there’s a— lesson, private coach, training regimen, elite team and camp for every interest or inclination, Talent with a capital T is everywhere. We spend countless hours and dollars helping our children develop their talents. Leaving us with not enough time and too much talent to encourage what used to be as commonplace as playing stickball in the street: TRYING SOMETHING. Just because.

Trying something new or different, with a group or by ourselves, requires two qualities that we all need to succeed in whatever life we choose: CURIOSITY and COURAGE.

Luckily, kids come with an ample supply of both. Add supportive educators who whisper, "Why not?" and a room full of encouragers clapping loudly enough to drown out any hint of self-doubt—and something more profound than talent presents itself: POSSIBILITY.

And, if Buttonball’s Got Talent is any indication of the future, I have GOOD NEWS: 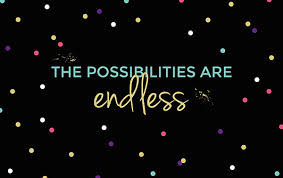