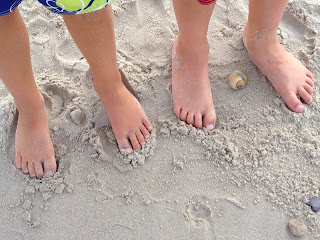 Twelve years ago, I would watch my now sister-in-law, drop and do ten each time she passed the fireplace in her bungalow living room. Often times she’d have to put down the laundry basket or a kid to complete her regimented sit ups, push ups, or jumping jacks.

“There’s no time for the gym but if I do something each time I pass the fireplace, by the end of the day, I’ve had my workout,” she’d say.

I thought she was crazy. I chalked it up to her days as a captain in the Unites States Army. Maybe that routine was hard to let go of.

Still there was no arguing she was in great shape. She was almost ten years my senior, had four small children, and was in much better condition than the twenty six year old me. There was something to her madness, I just wasn’t sure what it was. Working out had never been my thing and doing it in five minute spurts throughout the day was just plain depressing.

Seven years later, carrying some extra pounds and two babies of my own, I sought the advice of a nutritionist to get myself into shape.

Her recommendation was a novel one: eat less, exercise more. The eating less part, was a struggle but doable. Exercise more? With two small children in tow, how the hell was I supposed to do that?

“Forty five minutes of cardio, six days a week,” was what the nutritionist prescribed. I laughed.

Week one I decided I’d do twenty. Usually between 7 and 8 at night, after my husband was home, dinner was done, and the kids were cozy in their jammies, I’d hop on the treadmill and huff my way to the day’s end.

By week two my husband set up a little black and white TV in eye shot of the treadmill. By the end of that week, thirty minutes was not that big a deal, the length of a Seinfeld re-run or a cooking show.

By the end of that first month, I’d worked my way up to forty-five minutes which often became an hour to finish whatever program I’d started. Exercise was quickly becoming something I looked forward to. It made me feel good and I was seeing the difference.

Last summer, while sitting around the pool, a friend asked me if I wanted to go for a run the next day.

“I don’t run,” I said. Sure I was still doing the treadmill most days, but that was only a kind a sorta run. My friend was a real runner the kind that did marathons.

But the next morning I found myself more curious than tired. So I went. Three women, all runners, and me. For the first mile I talked non-stop. If I could wind my way through a conversation, I might forget that I was not on my treadmill. By mile two, I was feeling okay, good actually. And by the time we reached the coffee shop that was our finish line, I felt like I could keep going.

I did it. Until that moment I wasn’t even sure I wanted to do it. Running long distance had never been a stated goal of mine (of which there are many). But slowly, step by step, jog by jog, I was a runner.

This morning out on my now daily jog, I thought of my sister-in-law and her crazy regimen. I get it now.

Life happens in increments. It’s daunting, impossible even, to “get into shape”, “lose twenty pounds”, “find the love of your life” or “write a novel.”  But if you do it carrot by carrot, date by date, word by word, most things are possible.

You just have to be willing to drop and do ten.
Posted by Holly Howley at 6:28 PM