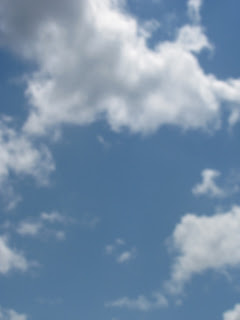 When grappling with the usual calamities of youth, things like heartache, injustice, bullies, not making the cheerleading team, my mother always had the same response. “Pray about it,” she’d say with intense ease. Her words relayed comfort, but her eyes had a “this is important” demeanor. And so even though I felt like saying, “I didn’t do well on a test, I’m not flunking out of school altogether!” Generally, I’d say a quick pray for good measure.

I always knew my mother’s intentions were honorable. I was also fairly certain that the spiritual leader of the universe did not have my misguided attempts at being junior high cheerleading captain on his 1984 priority list. Despite any efforts my mother made to convince me otherwise, this was something of which I was sure.

I was also fairly certain at an early age, that God, my God, was a good guy with an acute sense of humor. I don’t know why I never thought God could be a woman. Maybe because early on it was mostly me and my mom and I felt the need for a guy in the equation.

Or, more likely because the figure pictured in the literature of the liberal, for a Catholic church, we attended was a Bohemian looking twenty something man. Somehow I knew that he, God and Jesus, was with us. And, I hoped he was patient since my mother conferenced him in a few dozen times a day.

I recall thinking of prayers, and probably religion in general, as a sort of equalizer between what could happen and what actually did. Like the time when I fell down our rather steep stairs and my mother quickly garnished the all white bottle of holy water from the pull down desk she had inherited from her grandmother. Within seconds of easing my tears, each of my scrapes and would-be bruises were blessed with dabs of water. And since nothing but a few achy muscles resulted from the fall, I remember thinking that the stuff must work. No broken bones or gashing head wounds. Just some routine pains.

As I got a little older, I naturally began to question. Was all this praying really necessary? Somewhere in my early teenage years the questioning turned to sarcasm and then round about sixteen a healthy hostility set in. My mother’s faith in God and his ability to cure anything and everything began to simply make me mad. It occurred to me that she was wasting quite a bit of her time, and therefore mine, in deep prayer about situations that she should just plain take control of herself. And so, as she’d recite her “pray about it” mantra, I began rolling my eyes at her blatant disregard for reality.

Surprisingly, though, I never stopped praying myself. Sometimes, like before a test, I’d find myself doing a safety prayer. The kind that just can’t hurt. But, mostly I really prayed and believed that he was listening.

I vividly remember a moment in college when a friend asked for my advice. After describing all of her options, she looked to me and asked, “What would you do?” Without a moment’s hesitation, to my slight embarrassment, I said, “I’d pray about it.” It was probably the first time I acknowledged my own faith in prayer, no longer just an extension of my mother’s.

Once, early in our marriage when faced with an important decision, my husband and I decided to pray.  Together.  It was an awkward moment.  Between the two of us we had several decades of praying experience, but neither one was particularly comfortable with the public prayer approach. So after a few seconds of  “you go, no you start” I just launched in.

As I began outlining all the details, telling God that we weren’t sure of our next step, that we appreciated the options, but needed his guidance, I looked over at my husband who was clearly trying to contain laughter. “Then you say the prayer!” I blurted.

“It’s just a little more free flowing than I am used to” he said, still trying not to laugh. And then I began laughing because I knew exactly what he meant. I talk to God like I am talking to a friend not an almighty being that big statues are built to or wars are fought over.
The God of statues and rosary beads has never been in sync with the being to which I pray.  I’m not sure that guy would’ve been well suited for the early on journey, with my mother and me. That God always seemed a little too organized.

I grapple with that God and my God, and with the endless litany of rituals associated with my religion. I avoid disgruntled Catholic conversations at all costs. I refuse to defend my religion. I’ve never relied on other human beings to interface with My God and I’m never quite sure what to say to people who do.

Last week in church my eight year old leaned over and in a half whisper asked, “Has anyone ever met God? How do we really know he exists?”

I thought about punting the question until later so that I could better formulate my response. Instead, I said in half whisper, “That’s where faith comes in. You have to figure out the answer to that question for yourself. That’s why we’re here.”

He stared straight ahead. I worried that I was too vague or not emphatic enough. My response was a far cry from the “pray about it” mantra I’d been handed at his age. I was ready for him to ask me what I thought. To give him the comfort that his Mom believed. But instead he turned to me and whispered, “My faith tells me it’s 50/50.”

I smiled. And I was pretty sure My God, the long haired hippy God, was smiling too.
Posted by Holly Howley at 5:36 PM