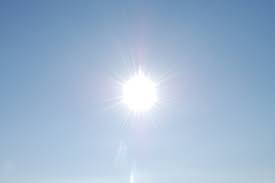 Every year in March, it starts. Camps, workshops, teams, trips. A frenzy of information clutters the in-box and mailbox. Promises of learning and expanded horizons and fun in the sun, in exchange for a gargantuan chunk of change.

Last spring, I was finally feeling the benefits of being an “older parent.” Of lessons learned from too much or not enough, in previous years. This summer’s schedule melded with ease, a carefully woven web of activities for both boys.

John would attend rehearsals for a summer production three days a week, go to sleep away camp, and still have some lingering free-time.  Check!

Will would be spending the entire month of July swimming and playing tennis at our local pool club. From 8:30 am to 4 pm each day, he was booked, just like he liked it. Check!

Then, on the doorstep of summer…

John decided he wanted to audition for a town-wide production with his friends. Only catch, it was the same weekend as the other production two towns away. He’d have to pick. Oh and that production, the one he ultimately ended up choosing rehearsed from 6 pm to 10 pm Monday through Thursday. Leaving nothing to fill the long days of summer…

I frantically consulted remnants of recycled catalogs. Anyone I ran into fielded my pleas…for ideas on how to fill John’s summer.

A friend suggested he volunteer at the local library. So, I picked up the forms (there are ALWAYS forms) and presented them to John at dinner.

Go out to lunch!?

The first couple of weeks unfolded seamlessly. A family wedding, John at his first sleep away camp, the beginnings of rehearsals. After a little prodding, he did fill out those forms and discovered that he loved volunteering at the local library. He even started a blog.

Probably the biggest perk of his daytime freedom came when he was able to accompany Rob and I on an excursion to Newport. (Will, of course, stayed back with a friend, determined not to miss a minute of tennis or swimming).

All was good. Really good…until…about one month in…
“Mom, what’s going on today?” John asked with desperation in his eyes.

“Heading to the pool shortly. Want to come?”

Panic. He had absolutely nothing until 6 pm that night.

A few minutes later I heard him noodling on the piano, a newfound filler in his day. This time I decided not to ask… 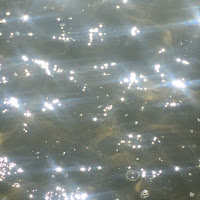 That night, I pronounced, “I signed you up for a piano lesson tomorrow with Miss Kathye.”

We first met Miss Kathye when she was the music teacher at the boy’s preschool. A few years later, she moved into a pinnacle slot in Will’s life as his piano teacher. Although “piano teacher” doesn’t quite cover it…

She’s the kind of person who after Will’s lesson (which always runs long), inquires about what John is working on, then helps him practice his latest audition piece—giving him ideas and confidence and praise. She’s more than a friend, she’s our family creativity collaborator.

So, it was no surprise to me when, at the end of his lesson, Miss Kathye asked, “Any chance you would want to help with pirate week at preschool camp next Tuesday, John?”

“What do you think they’ll have me do?” he asked, as we pulled into his old preschool driveway on Tuesday morning.

Four hours later, I parked in the exact same spot, watching the mothers and fathers exit with their petite humans, all smiles and yawns. My almost man was nowhere in sight. I checked my phone.

Ten minutes later, he settled into the seat next to me, matter-of-factly pronouncing, “They need me again tomorrow.” Then, he launched into a hilarious story about one of the adorable little kids he’d spent the day with. “They call me, Mr. John.”

“Okay if we have him for the rest of July?” Miss Kathye asked at the end of the first week.

I smiled. Mr. John had stumbled on the perfect way to spend his dog days of summer. No catalog or brochures required.

For the remainder of July I dropped John off at 8:30 am and picked him up around 1, just in time for him to crash in front of the TV or take a bike ride or a swim, before heading out to his evening rehearsal.

The weeks zoomed by. John’s performance weekend arrived, just as his camp counselor duties were over. Will swam and swam, and played endless tennis matches (that for him were never enough.)

And then, the calendar turned to August and our marathon travel season began. A time to connect with family and distant friends and each other. We packed and unpacked so many times, “putting away laundry” meant nestling the clothes back into their designated suitcase, readying for the next trip. Until…

It was time for our annual pilgrimage to Staples with a school supply checklist that rivaled our grocery list. To buy jeans that wouldn’t actually be worn for weeks because mother nature clearly hadn’t gotten the “summer’s over!” message. To think about schedules and practices and clubs and homework and…

In the end, John’s summer of nothing was a whole lot of something that couldn’t be planned in March or by me. It came together in glorious old-school fashion, courtesy of boredom and spontaneity.

A reminder, to me, that nothing is better cherished than feared. Because something is always right around the corner…and when it shows up, you can’t help but wish for a little more nothing.