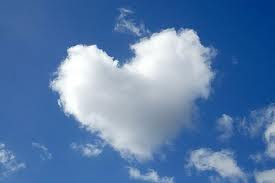 The golden moments in the stream of life rush past us and we see nothing but sand; the angels come to visit us, and we only know them when they are gone.  ~George Elliot

"You have a remarkable son,” a quiet voice to my left said, as I walked with the boys through the mass of kids running every direction toward buses and vans and bikes. I turned to see a short woman with curly black hair and a smile.

Aaaaah lunch. The supposed to be fun, often stressful slot in an elementary schooler's day where eating and socializing and recess are crammed together into a prepubescent minefield.

The Mom in me wanted to say “Why are you talking with a teacher during lunch?” The John in me understood, because I used to do the same thing when I was his age.

Still I was curious. “What do you talk about?”

“Stuff. She gave me a good idea for the science fair,” he said.

“I’m going to plant a seed, water it with three different liquids that aren’t water and see which one helps it to grow. Isn’t that cool?” he said, obviously excited.

It sounded kind of ridiculous to me, would a seed grow watered by orange juice? I had no clue but I nodded anyway. The science fair was one big negotiation from beginning to end. It was a relief to have a cohort at school helping John sort through the countless possibilities in his head.

Valentines Day arrived a few days later and I was scheduled to help with red themed celebrations in my youngest son’s class. As soon as I entered the school I could tell something was wrong. The front desk greeter gave me the usual, “Hello Mrs. Howley,” but there was extreme sadness in her red swollen eyes.

She’s gone. Her words struck a childlike tone, she wanted her friend back.

I wasn’t sure who Pam D. was, so as I made my way to Will’s classroom I stopped at the staff bulletin board. I searched the faces until I saw her, the woman with the black curly hair and smile.

For the next hour I played Valentine Battleship with little candy hearts and number grids. But all I was thinking about was John sitting in his classroom. I knew that he either knew or would know shortly.

When my time in the classroom was done, I found myself lingering in the foyer area.

“Hi,” I said awkwardly, to the new greeter, who, I didn’t know as well. “My son, John wasn’t feeling a hundred percent this morning, I was just in his brother’s class. Before I leave, I thought I might check on him.” It was mostly true. He’d woken up with a headache. But seemed fine by the time he’d left for school and was excited about a birthday party that afternoon.

She nodded, checked the schedule and said, “He’s in art right now, do you want me to get him out?”

I wanted to say, “Yes.” I wanted to scoop him up, take him home and drink hot chocolate and play eye spy like when he was three.

Five long hours later, he walked through the door fresh from his birthday party, fresh from the world.

“Did you hear about Mrs. D.?” he asked right away. He had a Mom-make-it-better look.

“I don’t understand. She was in school yesterday. What happened?” He was looking to me to explain the unexplainable. The secret was officially out, the one I’d hoped to keep much longer.

The world is a big, bright, beautiful place but it can also be unfair, ugly and upsetting too. And I couldn’t fix the broken heart beating next to me, however remarkable.

“We’re not sure why she died,” I said, it was the truth, but provided little comfort.

“I talked to her every day,” he said.

“Mom,” he looked up at me with his big blue eyes, “we have to do that science fair project, for her.”

It’s been a year since Mrs. D. passed away, on Valentine’s Day, but you can be sure the budding hearts she tended each day, remember. And the parents who love them do too.
Posted by Holly Howley at 7:21 PM