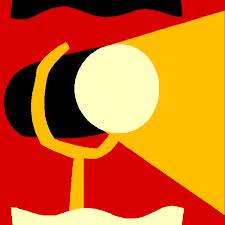 It wasn’t exactly dishonest. More like a conscious omission.

“I’ll be outside the entire time, it’s your choice, after today. If it’s not for you, that’s fine. Your choice,” I said. Of course the fact that I had driven him there and was willing to sit outside in a hallway lobby for two hours, decreed I had made my choice, for him. I wanted him to give it a try.

I departed leaving him in a small sea of nine, ten and eleven year olds, all of whom seemed to know the little community stage and each other. This was either a fabulous chess move or a check in the lousy Mom column.

John is an easy kid. He loves school and home. But every time I discuss signing him up, for anything, the response is the same,“No thanks.”

The one and only extra curricular activity he’s never questioned and actually asked to do again is Summer Music and Arts Camp. So when a friend mentioned that her kids had taken part in a production at a nearby children’s theatre, I hopped on-line to get some information.

I did kinda sorta notice that it said the first class would be an “audition” and I did kinda sorta know that if I’d said, “John, want to audition for a musical?” he probably (okay definitely) would have said, “No thanks.” But I was also pretty sure the whole thing would be right up his alley.

Familiar, upbeat music filled the room behind the door that was between John and I. Slumped on a cold metal chair, I was surrounded by colorful snapshots of performances gone by while picturing John in there either hating me or secretly happy to be there. Or both.

When it hit me.

I too was in fourth grade when my own mother traipsed me to the local Methodist church to audition for our town Hee-Haw Show. A community talent show fashioned after the real Sunday night Hee-Haw Show of the time.

I don’t remember if I asked to audition or if my mother had taken it upon herself to just take me. But I do remember stepping up, nerves swarming in my belly and belting out “The Gambler” by Kenny Rogers. Acapella. What a sight that must have been.

Uh-oh. Was I one of “those parents” living the old days through my child? I stewed in that not-so-flattering thought for many moments.

The experience, my experience had been a good one. The first time I stood on the performance stage, with the spotlight glaring down, and my cowgirl hat atop my long blonde hair and belted out “On a warm summer’s evening, on a train bound for nowhere...” I was hooked. It was the beginning of a long line of stage experiences. Performances that shaped me and built confidence. Of course that didn’t mean the same would be true for John.

A long ninety minutes later John exited with a big smile. He pointed to a folder. On top it said: Father Swan. He was clearly feeling very proud and excited.

As we made our way to the car, I confessed, “I felt a little guilty leaving you in there but it seems like you liked it.” It was obvious he’d enjoyed himself. I was digging, perhaps for a “you were right Mom.”

“It’s like I always say,” he said. “Things happen for a reason.”

He does always say that, and it always makes me smile. But then he continued:

“And I guess there’s a reason God gave me a pushy mother.”
Posted by Holly Howley at 4:15 PM